What Conditions Affect The Cornea?
Cornea is the clear window in the front of the eye, and it is considered the strongest lens in the eye as it contribute about two third of the eye’s total power; hence any alteration with the cornea clarity or regularity would have a significant effect over the vision. The corneal is made of 5 main layers and they are from outside inside: Epithelium with the basement membrane, Bowman’s layer, stroma, Descemet’s membrane, and then the endothelium. The tear film is the liquid layer adherent to the front of the cornea. Any alteration with this smooth liquid layer could affect the clarity of the vision, like in the case of dry eyes. 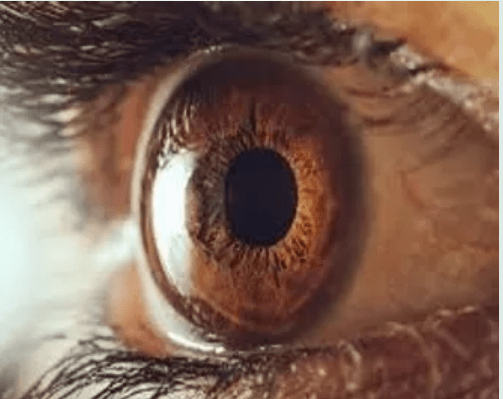 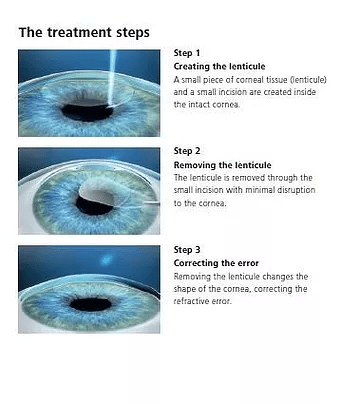 How does SMILE work?
The surgical technique of SMILE involves dissection and extraction of a refractive lenticule (lens) through a peripheral small incision of 2-3 mm width. There is no excimer laser photo-ablation or a full flap cut. As a result, SMILE could constitute a minimally invasive approach to corneal refractive surgery. It is increasingly being preferred over flap-based corneal ablative procedure (e.g. LASIK) owing to lesser adverse effect on the ocular surface and less incidence of dry eyes. Elimination of the corneal flap is associated with greater biomechanical stability and no flap-related complications.

What is the difference between SMILE and LASIK/LASEK?

How do the procedures compare for results?

The strength of the cornea after surgery is described as the Postoperative relative Total Tensile Strength (PTTS), which is a more reliable index for postoperative corneal stability than residual corneal thickness. According to previous work done on corneal stability, the PTTS was greater after SMILE than after LASIK or surface ablation surgery (PRK, LASEK).

For example, for corneal strength to be reduced to 60% post SMILE, PRK, LASIK procedures, it would translate to an approximate correction of -13.50 D, -10.00D, -5.75D respectively, with 7.75D difference between LASIK and SMILE for a cornea of the same postoperative relative total tensile strength. LASIK surgery creates a corneal flap with a 90% decrease in central nerve fibre density for the first few months, which is mainly responsible for the dry eyes symptoms. On the other hand, SMILE procedure involves only small incision without photo ablation. This has less impact on corneal innervation meaning SMILE greatly decreases the incidence of postoperative dry eye disease compared with LASIK. Higher order aberration (HOA) is an important contributor to postoperative optical quality. It is usually increased following laser refractive surgery, which might deter the quality of vision. SMILE procedure induces less HOA in comparison to LASIK. This may be attributed to the small corneal incision. The visual outcome of the three procedures are similar, however, the SMILE has no haze and induce less visual aberrations compared with the LASEK and LASIK.

Every procedure is associated with potential complications and SMILE is not an exception. However since this is a flap-less procedure, it indicates that all complications associated with the corneal flap, as in the case of LASIK, would be excluded with SMILE. The most encountered complication with SMILE is the lenticule misdissection, which could lead to the procedure being aborted. With newer techniques emerging in lenticule dissection, however, this complication is becoming less frequent. Difficult lenticule extraction could be encountered during the surgery in 9%. This could be related to laser energy setting. It usually leads to extended time of surgery and delayed visual recovery of up to one month due to corneal oedema. With continuing improvement of energy setting, this complication is becoming less encountered Cap tears could be encountered in 1%. The cap is the anterior part of the cornea overlying the lenticule. Difficulty with delivering the lenticule could result of cap tears. If this complication happened, a bandage contact lens will be used to faster the healing process. The visual recovery might be delayed for up to one month, however, the final visual outcome is no less than uneventful surgery Retained lenticule is also related to difficult lenticule dissection and could be encountered in 3%. If the visual outcome was suboptimal, further refractive surgery, such as LASIK, could apply three months later with very good outcome. ​ The recurrence of short-sightedness could be encountered in 2.2% to 2.9% after SMILE procedure and this is comparable, or slightly lower, than those reported for LASIK. Enhancement could be achieved with further refractive surgery like LASIK or PRK. Most of the SMILE complication are related to difficult lenticule extraction, however, these complications would be less with further improvement of the laser setting. Even if complication happens, the visual outcome are still excellent, albeit with delayed recovery. ​

How long is the recovery time after SMILE?

The first day following SMILE procedure, 55% of the patient will achieve 20/20 vision. This percentage would increase to 80% at one week, 93% at one month and 96% at three months. Patients may notice reduced quality of vision in the first day like glare and haloes, which is due to the postoperative corneal swelling. As the corneal swelling settles down, the quality of vision well get better and over the following three months there might be further improvement in the visual acuity. Do not hesitate to book an appointment with Mr Almousa if you would like to discuss your laser eye surgery options.